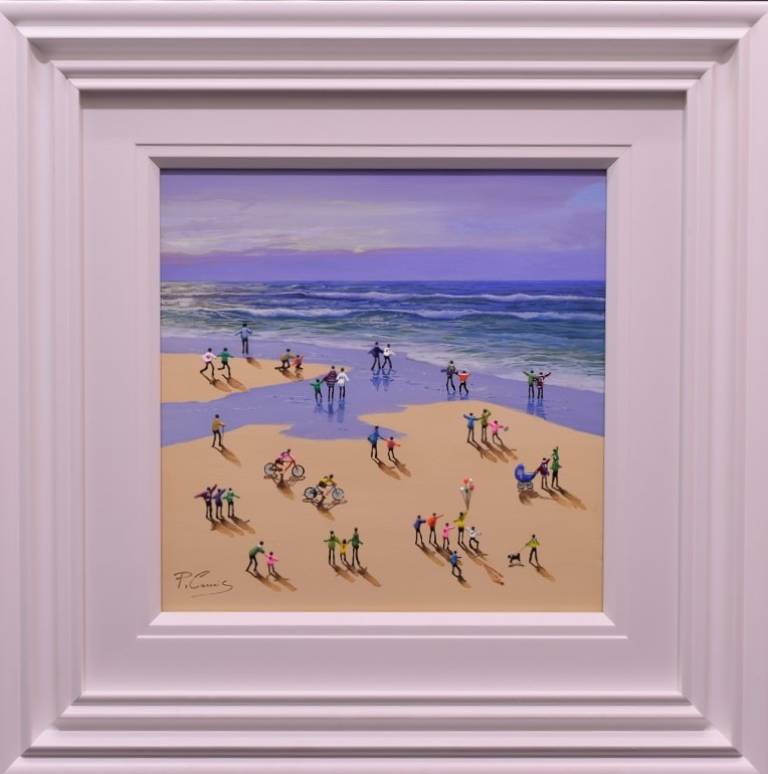 She was born in the beautiful city of Florence in 1970. She trained herself as an artist, working in decoration and window dressing but influenced by his father who also paints.

Since the beginning of her professional career, she has been a concerned painter and concerned both with the need to renew Italian art and the role of art and the artist in society.

Her firm conviction about transforming art and committed to the environment led her to be part of very significant groups in the Italian scene, new figurative approaches to Informalism, Paola develops a painting of expressionist and provocative character.

In the nineties she began a period in which she became interested in the urban landscape, reducing it to a chromatic range of greys, blues and ochres that constitute what has been called "spaces of solitude".

In recent years her work has taken a turn towards the investigation of the static movement in painting, the crowd has become the reference to talk about the problem of painting and visual rhythm.

Her paintings can be found in serveral countires as Germany, Uk and USA