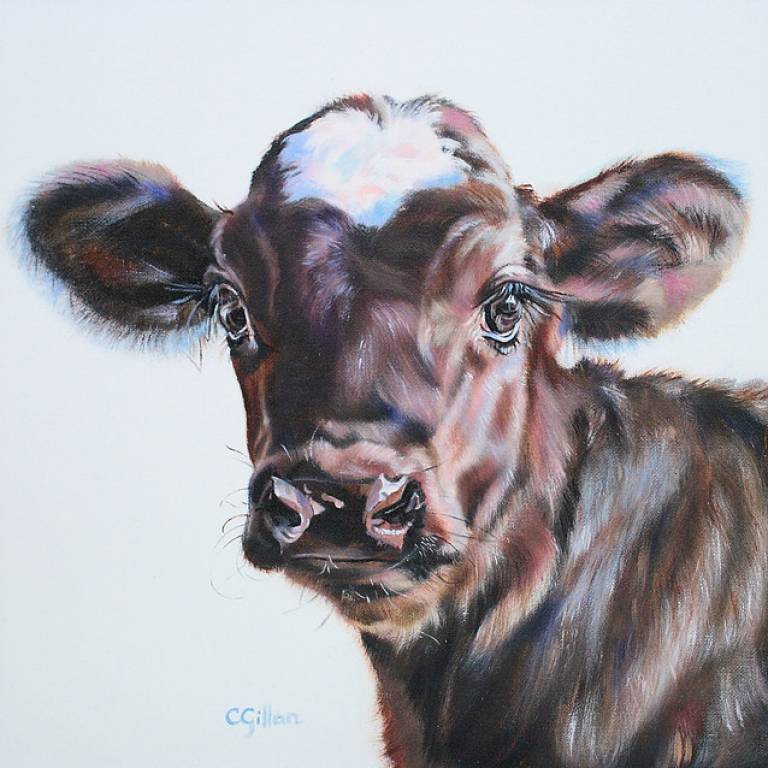 Carol specialises in dramatic and humorous animal and pet portraits, aiming to achieve an informal, composed painting which is both a realistic likeness and a uniquely distinctive interpretation.
Although contemporary in style, her technique is classically influenced.  Working in oil on canvas, she over-paints thin layers of oils, slowly building up the image to create greater translucency and luminosity. The animal is cropped and presented against the solid background of colour to maximize its impact and put the spotlight firmly on the main subject of the composition.  She employs the medium of oil because it adds depth to each image, enabling her to portray the texture of an animal's coat, the shadows of muscle tone, and especially its personality and humour which she believes can be conveyed through the expression in the eyes.
Original oils and giclee prints have been exhibited widely across the UK and Europe and Carol has undertaken commissions for individuals worldwide. She has a selection of work licensed worldwide.