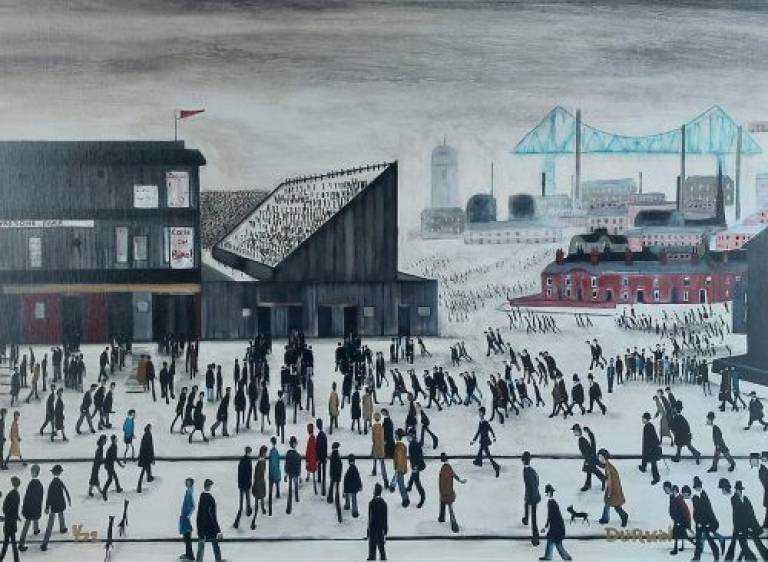 Full of irony and narrative, Sean Durkin’s work is simultaneously playful and powerful. Now an acclaimed artist with a loyal following, Sean’s path to becoming an artist is quite the tale, further adding to the impact of his work. In 1972, his father, John Durkin, stole and held ransom a Lowry painting of Middlesbrough Town Hall and Saint Hilda’s Church from the local art gallery. In exchange for the painting’s safe return, he demanded that the Lord Mayor raffle his underpants for charity and that the gallery be installed with a better alarm system as well as be opened on Sundays “to allow the working man to get some culture”. Only a boy of eight at the time, Sean recalls coming downstairs the following morning to find the stolen painting on the mantelpiece. He was fascinated by the atmosphere of the painting and the ‘matchstick’ people as they scurried around the scene.  He did not realise it at the time, but the painting would have a profound effect on his life, and ultimately inspire him to become an artist himself.