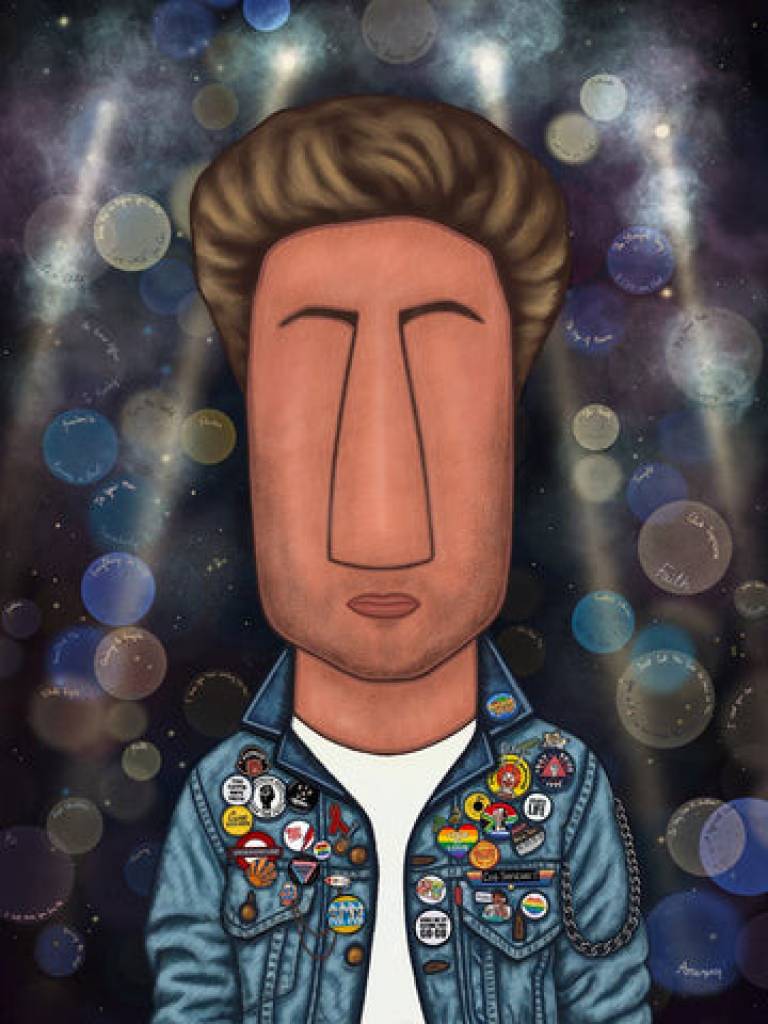 Jenny Mackenzie is a portrait artist and sculptor working in both traditional mediums and contemporary technologies to attain the highest level in abstract character portraiture.

The concept behind her affectionately named ‘Bighead’ character, represents a hugely important time in Jenny’s life. When Jenny was younger she spent some time in hospitals. Being wheeled around a hospital corridor gives a perception of life not seen by everyone. To her, the people who passed her by were a burst of colour and curiosity, and a breath of fresh air from the outside world which broke the monotony of illness. Each individual is as intriguing as a brushstroke of paint against a blank white canvas. At that moment, as Jenny thought of how such people could be captured into a painting, united in character but each one of a kind, she heard, “Why the long face?” It was then the cogs began to turn and The Bigheads were born.

All of Jenny’s portraits are a representation of people she admires, and recognizable famous faces who we all know and love.